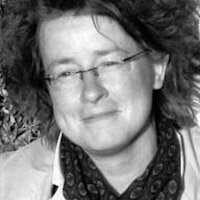 Susanne Muth has been Professor of Classical Archaeology and the continuing effects of antiquity at the Winckelmann Institute of Humboldt Universität zu Berlin since 2008. She researches antique imagery as a reflection of Greek and Roman lifestyles, its function and context, the associations of images and their historical significance. Furthermore, she is interested in urbanistics, cityscapes – especially in the public arena, Roman and Late Antique period domestic lifestyles, the forms of cultural transformation between the Imperial Roman period and Late Antique period and the history of human sciences. In addition, she contributes to the discussion of methodologies and archaeological image analysis. Currently, she is researching the depiction of violence in antique art.