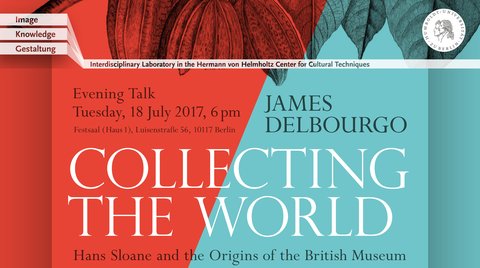 zoom_in
SAVE THE DATE: Collecting the World

SAVE THE DATE: Collecting the World

In 1759 the British Museum opened its doors for the first time – the first free national public museum in the world. But how did it come into being? This talk is based on a new biography of its founder Hans Sloane, which recounts the story behind the museum’s creation. Born in northern Ireland in 1660, Sloane amassed a fortune as a London society physician, becoming a member of the Whig establishment and president of the Royal Society and Royal College of Physicians. His wealth and contacts enabled him to assemble
an encyclopedic collection of specimens and objects – the most famous cabinet of curiosities of its time. For Sloane, collecting a world of objects meant collecting a world of people. His marriage to a Jamaican sugar heiress gave him access to both planters and African slaves, from whom he collected a variety of objects. He then established a network of agents to supply artifacts from China, India, North America, the Caribbean, and beyond: plants and animals, books and manuscripts, a ›shoe made of human
skin‹, the head of an Arctic walrus, slaves’ banjos, magical amulets, Buddhist shrines, copies of the Qur’ān and more – nothing was off limits to Sloane’s curiosity and fortune. The overlooked story of one of the Enlightenment’s most controversial luminaries offers a fresh perspective on the entanglement of scientific discovery and imperialism in the eighteenth-century and the heritage of today’s global museums.