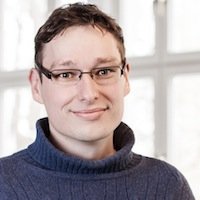 Ronald Göbel has studied Chemistry at the University of Potsdam and finished with a diploma in the field of Anorganic Chemistry. Subsequently he worked on his materials science oriented PhD on "Hybrid materials made of mesoporose silica and ionic liquids", which he completed in September 2011. Through numerous laboratory experience he is familiar with the requirements made on natural science worklaces.

Ronald Göbel worked in the project »Designing Laboratories«. This project will focus on the redesign of a 200 qm laboratory for surface and interface physics for the research on supramolecular systems.  Also, the project will organize the architectural planning of a 1.000 qm core facility at the IRIS Adlershof. The goal of the project is to improve the quality of this laboratory design, and thus of the experiment itself, as well as to investigate which parts of the experimental setup are superfluous and which are necessary. In addition, the communicative behavior of the researchers in different work environments will be observed to investigate how this behavior influences the emergence of new physical models.