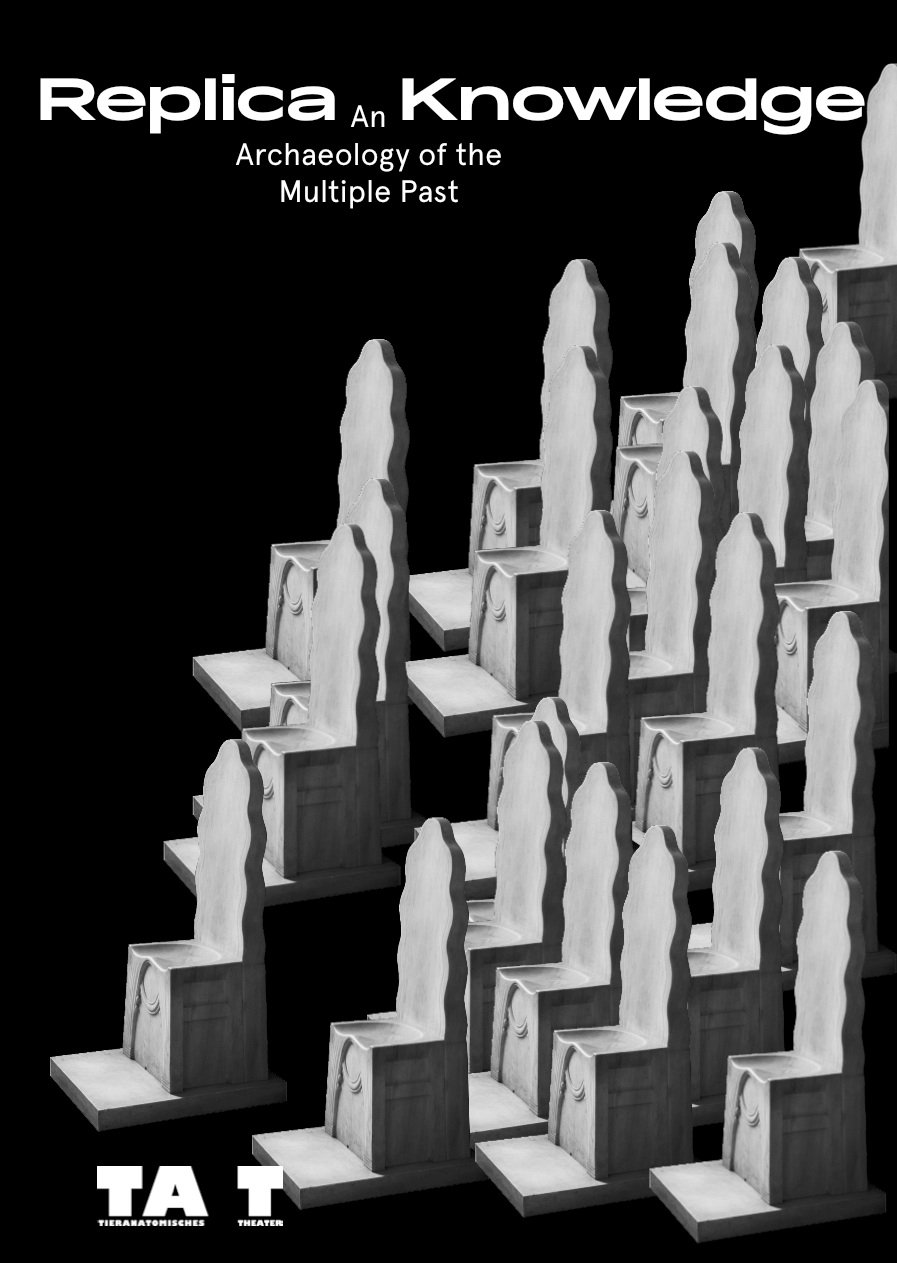 More than copies of originals - a research project and an exhibition investigate the worldwide distribution of archaeological replicas and their multiple object biographies.

Why do snake goddesses reside in Berlin, Oxford, Cambridge, Heidelberg and Paris? How did the throne of King Minos appear in the International Criminal Court in The Hague and what role does it play in the legendary science fiction series "Dr. Who "? And when was the Cup of Nestor last seen on the big screen?

The exhibition REPLICA KNOWLEDGE - An Archeology of the Multiple Past at the Tieranatomisches Theater traces such copies of archaeological finds. Their biographies lead to collections of museums and universities, legal palaces, luxury steamers, action films and contemporary art. The replicas’ manifold interpretations and uses today and in the past show that history is continually being constructed; between the fragmentary originals and (re)construction, between truth and myth.

REPLICA KNOWLEDGE presents copies of archaeological objects from the Minoan and Mycenaean civilizations of the Greek Bronze Age. Visitors can go on a journey through a variety of possible pasts: different copies and the knowledge they generate make the story of an original appear as a kaleidoscope. They not only represent this "original", but can also influence its meaning and even its reconstruction or restoration. The replicas of the famous Snake Goddesses of Knossos, Crete, Greece show this potential: the fragments of these statuettes from the 16th century BC were discovered by men and reconstructed, even exaggerated, from a male point of view. The replicas of these women's figures, however, also became an embodiment of feminist role models in the art of the 20th century AD, as they appear, for example, in the works of the artists Marina Abramovic (with Charles Atlas and Michael Laub) and and Judy Chicago.

The exhibition conveys these stories of truth and myth and their motivations in artistic and museum formats of presentation. How did different forms and motifs of this discovery arise? What processes allow certain objects to be elevated to icons that inspire science, art and popular culture? The exhibition brings together various actors of archeology, history and (re)production of replicas. For example, in a "Replica Maker Space", techniques, materials, and manufacturing contexts of archaeological replicas become tangible, revealing the possibilities of past and current uses. Another example is the work of illustrator Jan Stöwe, who was commissioned for an experimental collaboration in the form of a large-scale installation. In this, he explores, interprets and presents the history of the replica of the ’Throne of King Minos’ from Knossos. This replica was installed at the International Court of Justice in 1913 and reveals a multitude of interpretations, ranging from ancient myths to political agendas.

The archaeologist Jerolyn E. Morrison will perform a Bronze Age cooking performance in replicas of Minoan pots during the opening of the exhibition.

The exhibition was developed within the framework of an interdisciplinary research project at the Hermann von Helmholtz Center for Cultural Techniques and the base project "Mobile Objects" at the Cluster of Excellence »Image Knowledge Gestaltung«, in cooperation with the Winckelmann Institute for Classical Archeology at the Humboldt-University. The project is funded by the "International Museum Fellowship" programme of the German Federal Cultural Foundation. The Greek-British archaeologist Dr. Anna Simandiraki-Grimshaw (Curator) was able to conduct research at the Humboldt-Universität for 18 months as a postdoctoral fellow. She developed the exhibition together with Felix Sattler (idea, Curator & Artistic Director), Konrad Angermüller (Designer) and the Team of the Tieranatomisches Theater.

At the end of the exhibition there will be an extensive publication by K. Verlag, edited by Anna Simandiraki-Grimshaw, Felix Sattler and Konrad Angermüller.

Funded by the programme „International Museum Fellowship ” of the Kulturstiftung des Bundes; by the Cluster of Excellence »Image Knowledge Gestaltung« at the Humboldt-University and by the Bild-Kunst.

at the Hermann von Helmholtz Center for Cultural Techniques, in cooperation with the Cluster of Excellence »Image Knowledge Gestaltung« at the Humboldt-University. 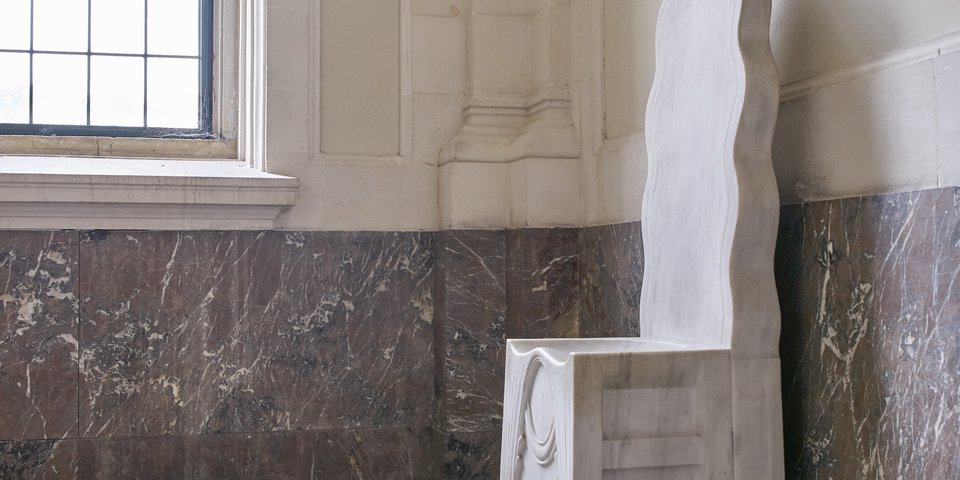 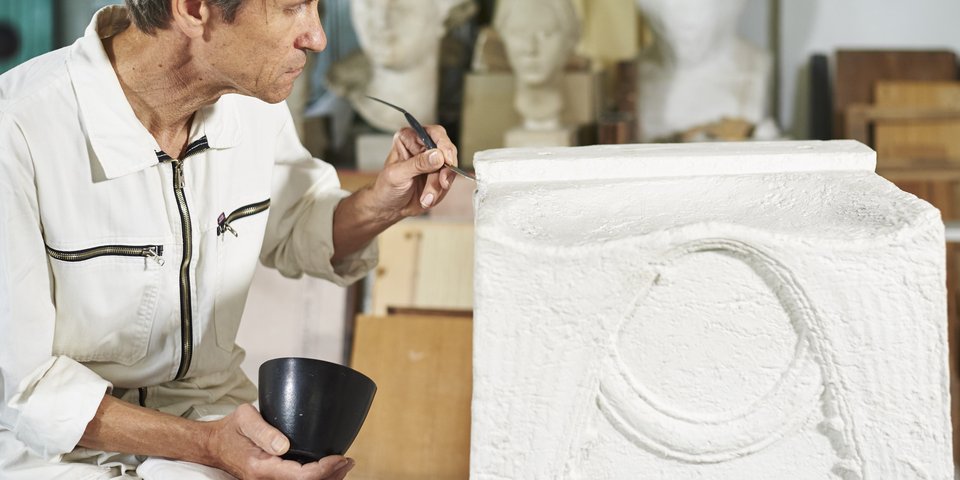 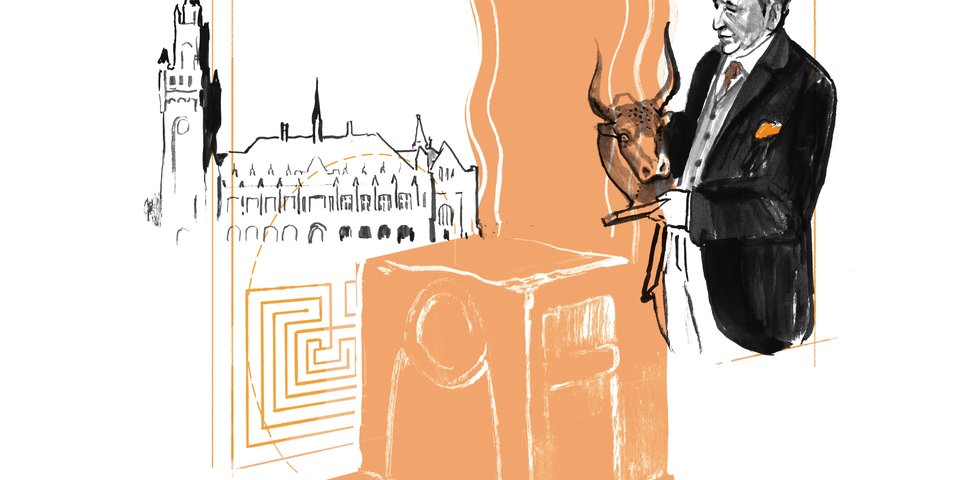 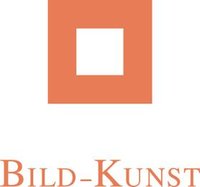