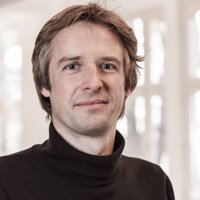 Michael Dürfeld studied Architecture and Urban Planning in Hamburg and Berlin. He earned his doctoral degree from the Technische Universität (TU) Berlin at the Department of Architectural Theory with his thesis »The Ornamental and the Architectural Form. System-theoretical Irritations« (2007). He is a founding member of the »Netzwerk Architekturwissenschaft e.V.« (Network for Architectural Science) and was a practicing architect and research fellow in Santiago de Chile. Michael Dürfeld started his own business with an  »Office for Architectural Theory Services« in Berlin and worked as a researcher for the Humboldt-Universität zu Berlin and the Max-Planck-Institut and as a scientific lector. Since 2012, Michael Dürfeld is a research associate at the Cluster of Excellence »Image Knowledge Gestaltung«. In 2013, he was a guest professor in the interdisciplinary study program »Diversity of Knowledge« at Humboldt-Universität zu Berlin. Since 2015 he is a lecturer in the international and interdisciplinary master program »Open Design« at Humboldt-Universität zu Berlin and Universidad de Buenos Aires. Furthermore and since 2016, he is working in the management of the priority area »Architectures of Knowledge« at the Cluster of Excellence.

His research interests are situated inside the interference of architecture theory, culture theory and systems theory. The current focus is on research of interdisciplinarity.

Within the research project »Historical Structural Investigations in the Laboratory« Michael Dürfeld investigates as an architectural theoretician structure-function systems as described in selected natural scientific writings from between 1870 and 1930. This project aims to retrace forgotten knowledge, make it accessible and restructure it by means of information technology. The goal is to enable the generation of new knowledge. The main premise of the project is that historical knowledge in the natural sciences domain becomes relevant to contemporary material research only if historical dimensions are first carefully identified. They can be grasped by investigating their specific appearance in texts, images and objects and by situating them in a broader transdisciplinary history of structural research. Michael Dürfeld will conduct his inquiries and contextualisation from a specific architectural point of view.