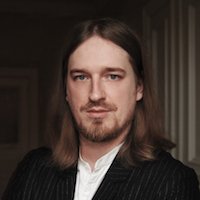 Roles
Interdisciplinary Laboratory
PhD Candidates
Priority Area
Active Matter
Martin Müller is a Media and Cultural Science investigator in the Interdisciplinary Laboratory »Image Knowledge Gestaltung«. In addition to his work at the Cluster, he is a scientific investigator and lecturer in the Department of Cultural History and Theory of the Humboldt-Unviersität, specialising in the field of Knowledge and Cultural History together with Wolfgang Schäffner. He was previously a scientific investigator and DFG scholarship recipient of the interdisciplinary graduate school » Automatisms – Cultural Techniques of Complexity Reduction « at the Universität Paderborn. He was co-organiser of Bernard Stiegler’s 2015 seminar series »In the Anthropocene – Towards a Neganthropology« at the Helmholtz-Zentrum für Kulturtechnik.
In 2013, Martin Müller was invited as a Guest Investigator to the Université Paris-1 Panthéon-Sorbonne’s »Centre d'Etudes des Techniques, des Connaissances et des Pratiques«. He was also a Visiting Scholar at Columbia University, New York in 2013, and at the University of Capetown in 2009. He studied Educational Sciences, Religion Studies, and Cultural Studies, as well as in Sociology and Psychology in Berlin, Paderborn, and Stellenbosch, South Africa.
He is currently pursuing a doctoral degree in Cultural and Media studies. His doctoral research project focuses on the limitations of contemporary Life Sciences, Biopolitics, and Technosciences, with a special interest in the synthetic biology discourse.