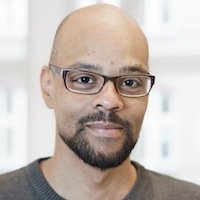 John A. Nyakatura studied Geography and Biology at Friedrich Schiller University in Jena. After qualifying as a secondary-school teacher, he completed his doctorate at the Institute of Zoology and Evolutionary Research with a study within the functional-morphological field on the evolution of sloths. His current research interests are the correlation between structural and functional aspects of the locomotor system and changes throughout the evolution of vertebrates, in collaboration with paleontologists and engineers (bio-inspired robotics).

Under the joint junior professorship, he examines functional morphology from a visual studies perspective. He is particularly interested in the historic and continued use of morphological images to create and disseminate knowledge. Furthermore, John Nyakatura is concerned with the way abstractions of complex functional principles (e.g. movements inside of joints) are used in illustrations. He is also trying out interactive animation in virtual experiments.