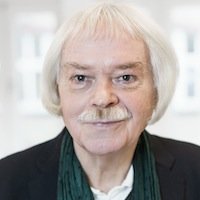 Since 1999, Joachim Krausse has been Professor of Design Theory at the Hochschule Anhalt (Anhalt University of Applied Sciences) in Dessau. Previously, he worked as a research associate and Lecturer at the Universität der Künste Berlin (Berlin University of the Arts). Since 1992, he has written regularly for the architecture magazine ARCH+. He has published numerous books and articles and has also helped create exhibitions and documentaries. From 2009 to 2010 he was a Senior Fellow at the International Research Institute for Cultural Theory and History and Media Philosophy (IKKM) in Weimar. In 2014 he became a Fellow of the Stiftung Bauhaus Dessau (Bauhaus Dessau Foundation).

Theory and history of architecture, art and technology, Buckminster Fuller.