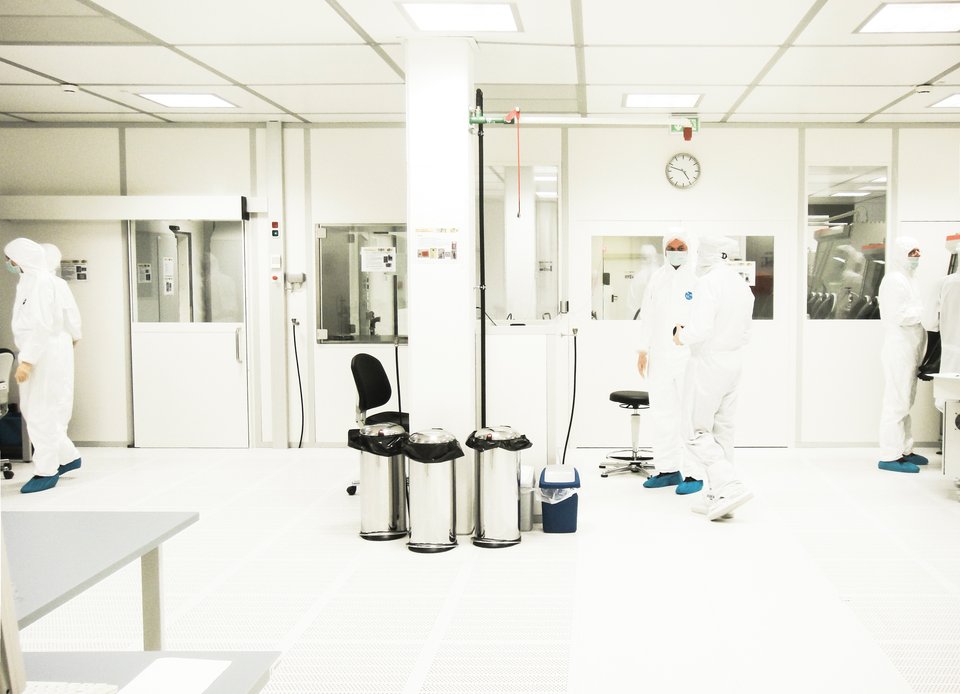 Designing Laboratories for an Integrative Research Institute for the Sciences

Laboratory design is characterized by its extreme functionality. The results produced in laboratories must be reproducible and verifiable in different locations under the same circumstances. That is to say, modern laboratory design is subject to strict global norms and standards. Nonetheless, no single laboratory is exactly like another. Even sites that pursue the same research goals vary in their configurations and equipment.

First, this project will focus on the redesign of a 200 qm laboratory for surface and interface physics. This laboratory will house the working group of N. Koch as it studies supramolecular systems. Second, the project will organize the interdisciplinary architectural planning of a 1.000 qm core facility at the IRIS Adlershof (director: J. Rabe). Initially, the rooms of the Koch group will be fitted only with standard connections for electricity, water, and gas. Over the next several years we will obtain and install the necessary equipment and devices that meet the specific needs of the laboratory. Moreover, for the core facility, it will be possible to develop an interdisciplinary architectural design process.

The investigation will proceed from the assumption that the material design of the experimental configuration and its environment is an important precondition for efficient and innovative research. The goal of the project is to improve the quality of this laboratory design, and thus of the experiment itself, as well as to investigate which parts of the experimental setup are superfluous and which are necessary. In addition, the communicative behavior of the researchers in different work environments will be observed to investigate how this behavior influences the emergence of new physical models.

We will explore laboratory design via a comparative analysis of the design, genealogy, and operation of similar laboratories in different locations (e.g., the existing laboratories of the research group of N. Koch and J. Rabe, BESSY II in Berlin, the Swiss Federal Institute of Technology in Zurich, Princeton University, the University of Texas at Austin, the Universidad Nacional Autónoma de México, the Universidad de Buenos Aires, Chiba University in Japan, and the National University of Singapore). It is not theory alone that shows the experimenter the way; unexpected experimental results also lead to the development of new theories. The communicative conventions made possible by laboratory design affect whether an existing theory can be developed further or must be discarded.

Particular emphasis will therefore be placed on the investigation and improvement of this communicative structure, as well as of the graphic representation of theoretical models in the new laboratory. At the same time, we will determine which aspects of knowledge production are anchored locally, which are globally communicable, and to what extent they are influenced by specific social characteristics.

The project will comprise the following steps:

The project relies on the collaboration between art historians, experimental physicists, historians of science, architects, and interior designers. The result will be the innovative design of experimental spaces in the IRIS Adlershof in Berlin-Adlershof, which will be documented in a published volume. The new experimental spaces themselves will be accessible to interested experts and the general public at regular intervals.